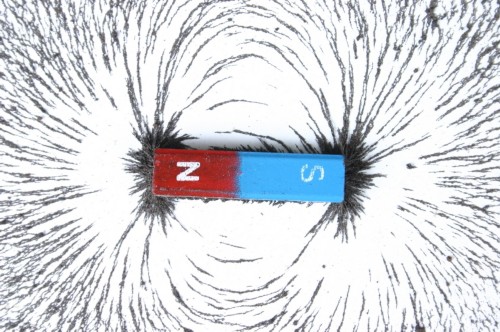 How to Make a Magnet

This second grade science project is designed to introduce young students to the concept of magnetism by using everyday items they are most likely already familiar with.

Many of the items that you need for this experiment will be lower in cost and may even be in your home already. If you’re looking for something to do that younger kids will enjoy and that won’t take long to accomplish, this is the experiment you want.

This second grade science project requires one small step in advance. One or two days before the class project, put at least one paperclip for each project group you will have on the north side of the very strong magnet and leave them there.

Ask the students if any have used a magnet before. Let them give as many examples as they can, then ask if any of them ever made a magnet. If yes, great! Ask if they remember how. Chances are that nobody will raise their hand, so ask how many would like to learn how to make a magnet to get the fun started. If you have enough students for a couple groups, give each group a set of bar magnets and about a dozen paper clips. Please be sure to set some second grade science project lab rules … like the paperclips stay on the table until it is time to do the experiment, and then, only one person touches them at a time, etc.

Explain that magnets have a north and south pole, just like the earth. If this lab followed a compass project similar to this one, great … break out a compass from last time to remind them that it always points north.

If not, give them a few minutes with the compass. Have them get in a circle, pass the compass around and have everyone who holds it point in the same direction as the compass needle. When the last student has had a chance to hold it, have everyone look to see where everybody else is pointing. That is north. Make sure to tell them it does not matter which way you turn the compass; it will point north (at least in this experiment!!). And that is because it has a magnet in it.

To shift the focus of this second grade science project back to the magnet itself, ask them to look at the bar magnets. Show them that one end has an “N” on it and the other an “S”. That stands for north and south. The “N” is marked N, because a compass needle will point toward it if it gets close enough. We could also use it to make a compass if it were small enough. 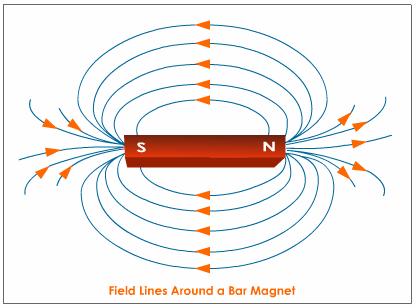 Give two or three students in each group a different magnet. Ask each to try and pick up just one paperclip with it. Then see if any can pick up another by only touching the end of the paperclips together. See who can make the longest chain of paperclips and make sure they understand the reason one magnet can pick up more than another is because it is stronger. Also let them know that the magnet has turned the paperclip it just picked up into a magnet as well. The next paperclip it picks up has also become a magnet, but weaker. Sooner or later one of the next paperclip “magnets” in our second grade science project will not be strong enough to pickup any more.

Give the students some time to play with the magnets and paperclips. Make sure everyone gets a chance to pick up a few paperclips. Then, take one of the magnets, pick up as many paperclips in a chain as you can while the students all watch and be sure to tell the whole group again what they should remember about the experiment (same as in the paragraph above).

While they are all watching, raise the paperclip chain up so all can see. Ask them what they think will happen if the magnet is taken away. (Part of the purpose for any second grade science project is to make a prediction, then test to see if it holds true).

Hold the paperclip that touches the magnet with one hand and remove the magnet from it with the other. Does the chain of paperclips stay attached? No – they will all fall off. Tell them this is because each of the paperclips were only temporary magnets. They were only “magnetized” when they were touching a real (or permanent magnet).

Bring out the strong magnet you put aside for a few days and show the students in this second grade science project the paperclips it has been holding. Take the paperclips off the magnet, and one-by-one, connect them together, just like before to show that this magnet will pick up a chain of several paperclips too. But this time things will be a bit different. Take one of the paperclips off the strong magnet, hold it up and ask the class if they think this paper clip will pick up another one all by itself. To make the point even clearer, take one of the paperclips from the last experiment off the desk and try to pick up another one from the desk all by itself … see, nothing happens.

Tell them to cover their ears, put one of the magnetized paperclips on the table (or floor if you prefer) and strike it sharply with a hammer. Now try to pick up another paperclip that was not on the strong magnet with it. It doesn’t work any more. The same paperclip will no longer pick up any others!

What are Your Observations?

For the students – we can turn a paperclip into a magnet by having it touch a strong magnet for a long time, or by rubbing it against a strong magnet several times. Our second grade science project shows that it has become a magnet by using it to pick up other paperclips all by itself. (Let them try to pick up paperclips with the magnetized paperclips if you have time). It stays “magnetized” after the other magnet is removed because the metal that makes up the paperclip has tiny “magnets” in it that will all try to point in the same direction if you let it touch the big magnet long enough. But, if you hit it with a hammer, the tiny magnets are shaken back into pointing in different directions again. It is no longer magnetic and just returns to being just another paperclip again.

Summarize by answering the original question: Can we make a magnet?

… and if you don’t have magnets, these are some nice kits you can get:

Now that you can build a magnet, why not build a compass too? https://how-things-work-science-projects.com/how-to-make-a-compass/